Turista per caso (in Italy) 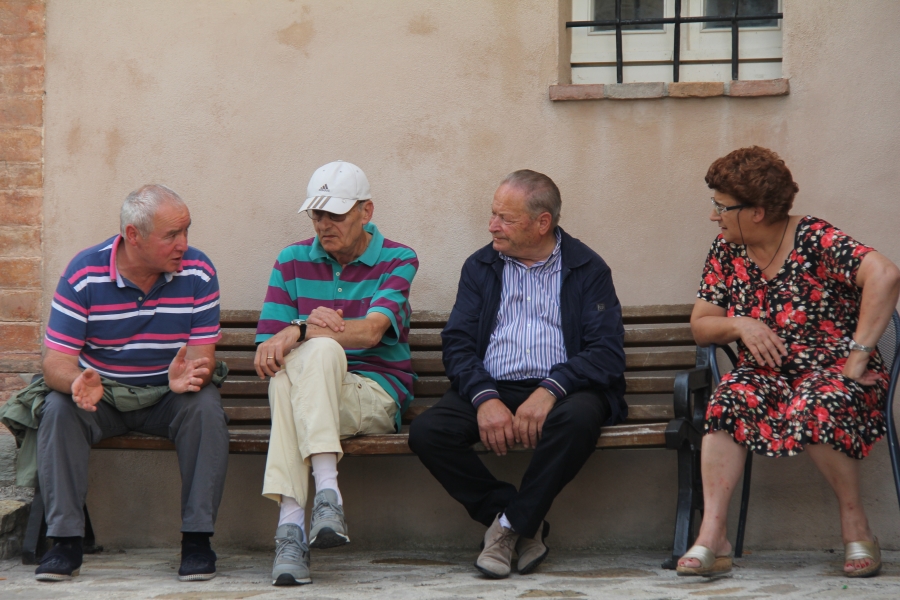 We just discovered to have lots of readers and followers not exactly interested in getting married in Italy, maybe because already married or maybe because wedding is not in their immediate plans, but interested in knowing a little bit more about Italy. Now this post is for those that planning next trip to Italy and really would love avoiding mistakes once over.

Over Planning and Over Scheduling

Italy does not run like clockwork so don’t expect everything to go smoothly, especially if you’ve made yourself a tight schedule. Leave some time for hanging out in a piazza or bar or going to a festival or special event you may run across. People often tell me that the most memorable part of their trip was something they didn’t plan and the biggest mistake I hear about is trying to jam in too many places into a short vacation. Moving to a new city and new hotel every day is exhausting and eats up a lot of time that could be spent enjoying a place for several days and really getting to know it.

During high season, I’ve heard of people standing in line for an hour or two just to buy tickets to get into one of Italy’s top sights or museums. These days it’s pretty easy to buy tickets for most places online, although it will require planning your itinerary in advance. While I don’t recommend being tied down to a schedule there are some tickets you really should buy ahead of time. Simply google.

Overpacking or Traveling with a Heavy Suitcase

While your big wheeled suitcase may be great in places with smooth walkways and hotels with elevators, in Italy you won’t always find these things. Historic buildings may be remodeled to make beautiful accommodations but they often are not allowed to install an elevator. Unless you’re staying at 5-star hotels, it’s unlikely there will be someone to carry your bags either. Uneven cobblestone streets make dragging a suitcase difficult and if you’re going to Venice, chances are you’ll be crossing bridges. If you’re traveling by train, you’ll need to lift your bag on and off the train yourself.

Driving in the ZTL

The ZTL, zona traffico limitato or limited traffic zone, is off limits to drivers who don’t have a permit. Most cities and towns have a ZTL, which may also be called a Pedestrian Zone. The centro storico is usually a limited traffic area. Often a camera is posted at the entrance to a ZTL, taking photos of license plates as cars enter. It’s unlikely that you’ll be pulled over immediately but people have reported getting a ticket in the mail six months or a year later (often through your rental car company). Be on the lookout for speed cameras as you drive, too.

Boarding a Regional Train without Validating the Ticket

Tickets for regional trains, or any ticket that doesn’t have a specific time and assigned seat, needs to be validated. Regional train tickets can generally be used on any train in a two month period, so validate your ticket before boarding. We have seen a number of tourists get fined for not validating their tickets before boarding so make sure you do it.

Latte is the Italian word for milk and if you order a latte, especially outside tourist areas, you may end up with a glass of milk. If you want a coffee, head to a bar, but keep in mind that in many places you will pay extra for table service so if you just want a quick coffee, do as the Italians do and stand at the bar. In restaurants coffee (usually espresso) is normally served only after the meal (including dessert) is finished. Italians don’t drink coffee with their meal and they generally don’t drink cappuccino after noon, although you can still ask for one – want to know more read our post about Alfredo at https://www.theknotinitaly.it/10commonmistakes/

Wearing Shorts When Visiting a Church

Italian cathedrals and churches are often interesting to visit and many hold important art works. Many also have signs posted asking visitors not to enter wearing shorts or with bare shoulders. Women can carry around a scarf that can be used to cover bare shoulders when wearing sleeveless tops. Some places, like the Vatican, will not admit people wearing shorts so plan your dress to go with your sight-seeing.

While having a GPS for driving can be very helpful, it’s not a good idea to rely only on the GPS. We’ve had experiences where it’s told us to go the wrong way on a one-way street, to enter a pedestrian only zone (or ZTL), or even to go on an alley that ends in stairs. Also we’ve found that speed limits given by the GPS are often not accurate so be sure you look for. It’s common in Italy to have several towns or villages (in different regions) with the same name so take a look at your map and see which one you want.

romantic wedding in italy travel to iTaly weddings in Italy