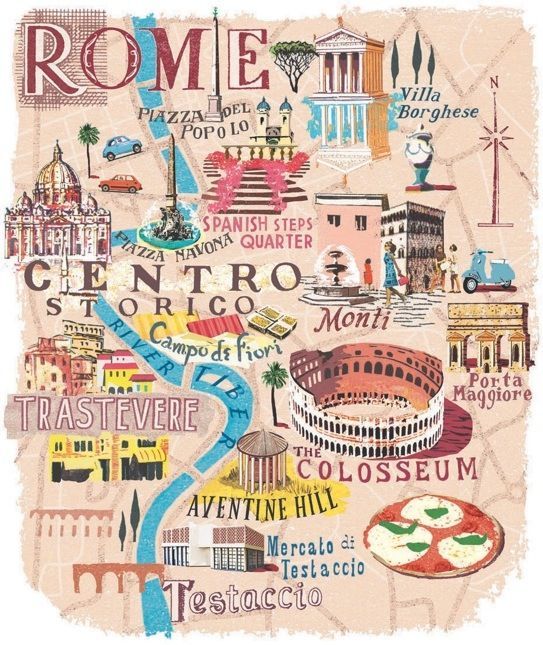 The Eternal city is one of the most unique place in the world – let me also add on the list Venice and Florence. Founded on the 21st April in 753 BC, in its over 2700 years Rome has maintained its status, not necessarily as the capital of the world, but perhaps as capital of culture and of the Grande Bellezza!

In Rome you will find ancient ruins, renaissance masterpieces, modern architecture, all spread amongst its 7 COLLI (hills). Rome is one of the best loved locations for movies (the last James Bond has an amazing scene among the little narrow streets and of course with a Fiat 500), and between its ancient art, world renowned churches and its art and romantic cityscapes, we all seem to know Rome. But what if you want to get to know it a little more intimately? Le voilà 10 reasons to head to the Eternal City and fall in love. 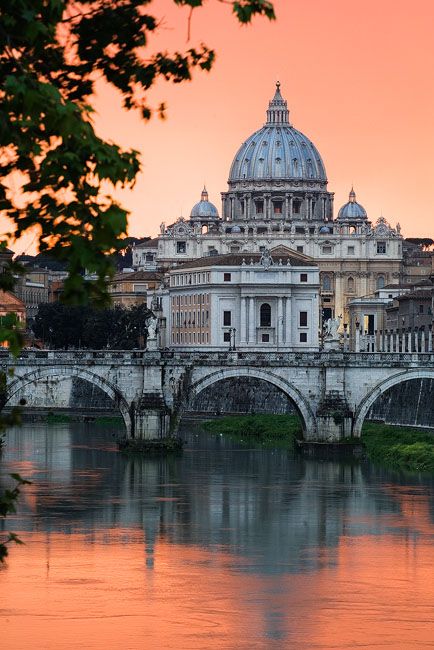 The Colosseum – round and square

Perhaps one of the most recognizable is the Colosseum or Antifiteatro Flavio. It was built between 70 and 80 AD and its unique rounded structure dominates the city. This true wonder of the world is one of the most visited attractions by tourists and symbol of the city. It’s a must see when visiting Rome, with its idiosyncrasies like make belief gladiators and roman soldiers posing outside for picture ops. But Rome has 2 Colosseums, so to speak. The Palazzo della Civiltà Italiana, in the city’s EUR district, chosen as the location of Universal Expo 1940 (which never happened). The unique structure of the palace, with its arches and statues, built in the Rationalist style is also known as the “square Colosseum”, and definitely worth a visit when in Rome. The Palazzo della Civiltà Italiana is relatively unknown, unless you’re a fan of Italian Neorealism, as it is prominently featured in Michelangelo Antonioni’s 1962 film L’eclisse, Bernardo Bertolucci’s 1970 film The Conformist. and Federico Fellini’s films Otto e Mezzo, and his scene in Boccaccio ’70. (want to know more read our post here) 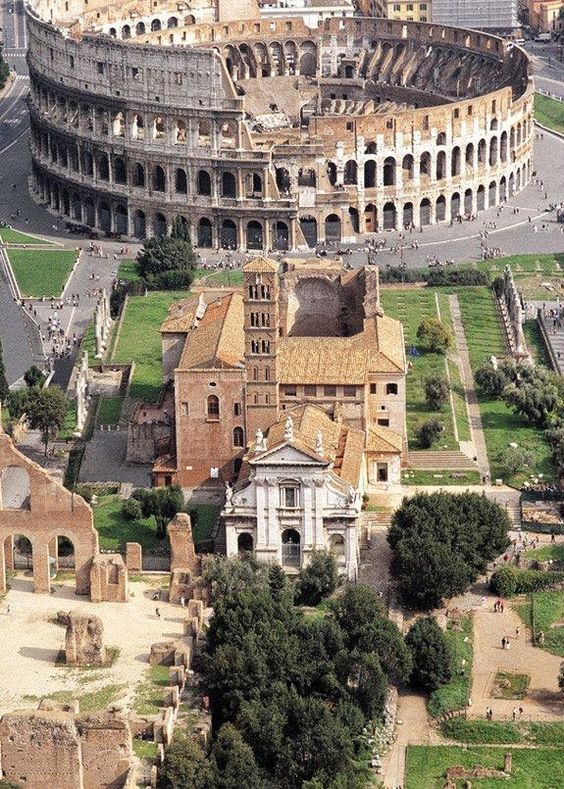 A city of water

Rome is not only an ancient architectural feat, but its also mindboggling in terms of numbers. Did you know for example that Rome boasts over 2000 fountains? From Gian Lorenzo Bernini’s Trevi Fountain (and many others by the sculpture) and his father’s Barcaccia Fountain to the Janiculum hill’s fontanone (big fountain), which marks the end of the Acqua Paola aqueduct, and was the protagonist of one of the scenes from the Oscar winning The Great Beauty film by Paolo Sorrentino, there are plenty of these beautiful structures to admire. One more tip? The nasone (big nose) fountains distribute drinkable water. Also, on the note of water, the Terme di Caracalla (baths) and the aqueducts are must sees. 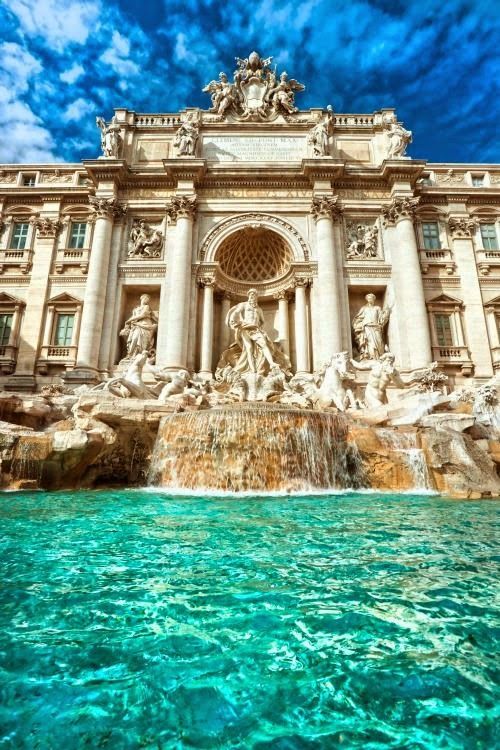 The Capital of Italy, the capital of Pasta?

Italy – food, an ancient match made in heaven that has survived as long as the city of Rome has. Thus, it is no surprise that we dedicate a chapter to Roman food, and its pastas in particular. Amatriciana, Carbonara, Gricia made with delicious guanciale, or maybe Cacio e Pepe for the cheese lovers. But Rome has much more to offer – abbacchio (roast lamb), artichokes (both fried and stewed) and a plethora of street food, ranging from supplì (a fried rice croquette) to pizza slices, and of course gelato. We dare you to try them all, preferably in one of the traditional trattorie in the backstreets of the city, or perhaps on the rooftop of a hotel, overlooking the skyline dominated by domes. 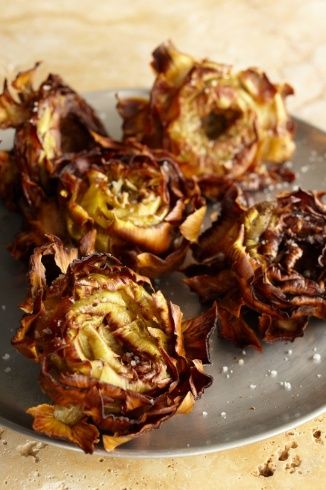 One of the most attractive urban features of the ancient city of Rome are its piazzas. Rome has been bestowed so many of these very typical Italian squares, but all the rulers, architects and urban specialists that have left their mark on the Eternal Cities. In fact, Piazza di Spagna, with its Spanish Steps, Piazza Venezia, and its historical connotations, Largo Torre Argentina, with the ruins, Piazza della Rotonda, dominated by the Pantheon, Piazza del Quirinale, Piazza Navona, Piazza del Popolo, Campo dei Fiori and the market and of course Saint Peter’s Square in the Vatican. When in Rome make sure to visit these well known spaces, but also keep an eye out for the smaller and lesser known gems like Piazza della Minerva, as each has its charm and beauty. 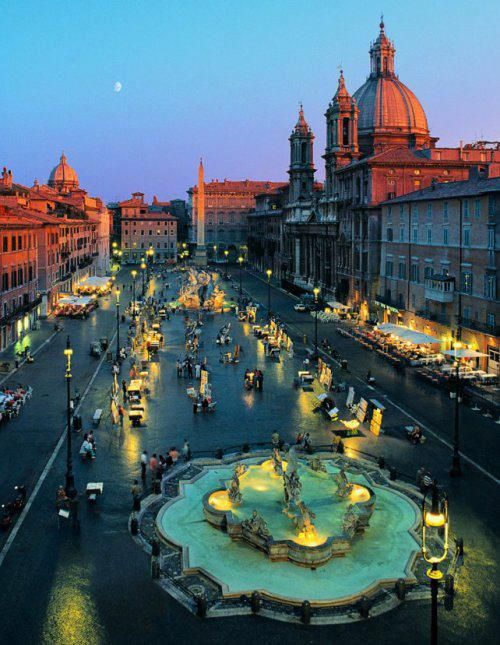 Rome dates back to 753BC, and thankfully plenty of ancient ruins still exist in the city. As well as the Colosseum, perhaps the most famous of all, and the aforementioned Terme di Caracalla and aqueducts, there are plenty of references to the Imperial glory of the ancient city. The Roman Forum is a must see, with its surviving Tabularium, Temple of Saturn, Temple of Vespasian and Titus, Arch of Septimius Severus, the Trajan column and Curia Julia, to name but a few. Also worth visiting are also the Pantheon and the catacombs. For the true lovers of ancient structures we advise a day trip to Ostia Antica. 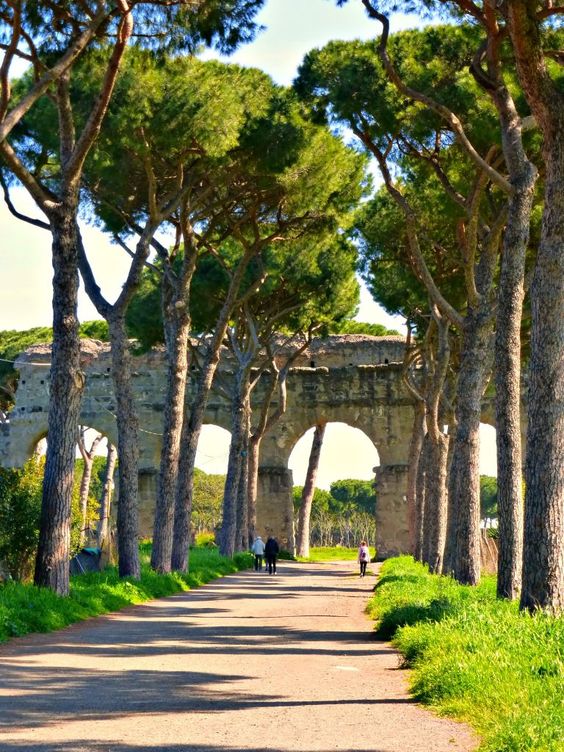 Rome is also The Dolce Vita. The location of the iconic Fellini film is still the hub of this lifestyle, and where better to embrace the rhythm and the beauty of Italy then its Capital? Stroll the elegant streets of Via del Babbuino and Via Condotti and gawk at the luxury boutiques’ windows, take a break from all the shopping for a quick coffee in one of the pretty outdoor cafes in the many picturesque piazzas, enjoy a lazy lunch on one of the rooftop restaurants overlooking the city. No matter how much time you have when visiting Rome, make sure to take some time off your historical monuments schedule, to truly experience the city Dolce Vita style. 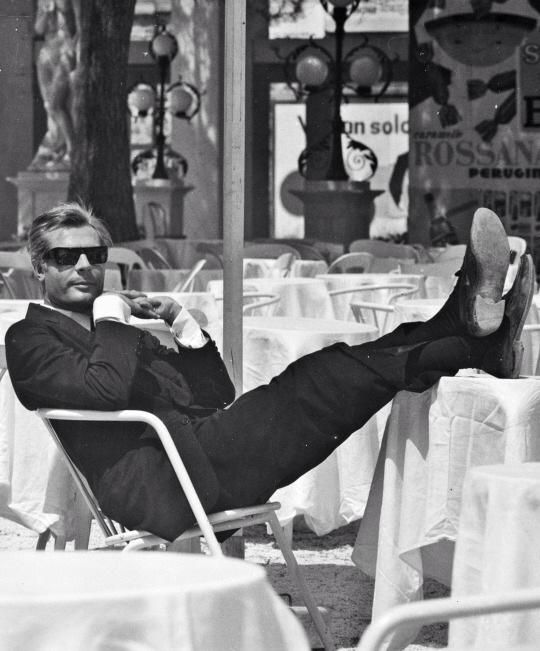 Rome’s beauty has attracted visitors from all over the world, but also wealthy noble families from all over Italian who wished to reside in the Eternal city, thus the city is dotted with grand palaces, villas and stunning gardens. The most famous of these is of course Villa Borghese, built by the Borghese Family in the 1500s, and today a museum and public garden. Villa Celimontana boasts a an Egyptian obelisk with hieroglyphs depicting Ramses II in its park, Villa Doria Pamphili is one of the Capital’s best-preserved villas with a magnificent Italian-style garden. Palazzina Corsini consists of large stables and farmhouse, as well as a lovely citrus grove articulated by remarkable fountains, Villa Medici and the Villa del Priorato dei Cavalieri di Malta, which boasts one of the most romantic views of Saint Peter’s Basilica from its gardens. 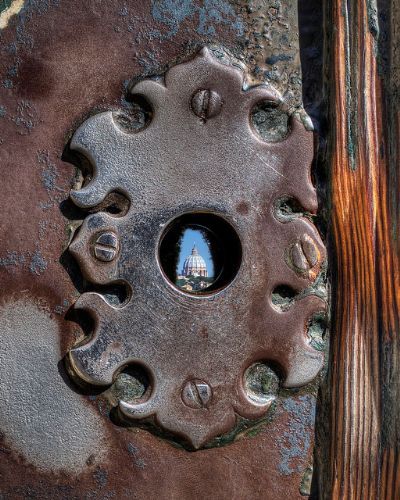 Undoubtedly, whatever your spiritual inclinations the Vatican and its museum (including the Sistine Chapel) are a must see in Rome. The city is often called an open air museum, but there are plenty of indoor activities too. Make sure to visit the Ara Pacis, the Augustan altar of peace, the Borghese Gallery with its many Caravaggios and the Capitoline Museums which are the home of La Lupa, the statue symbol of Rome of the she wolf suckling Romulus and Remus. For those looking for something contemporary visit the MAXXI housed in the daring piece of contemporary architecture designed by Zaha Hadid, and for the lovers of the macabre visit the Museum and Crypt of the Capuchins where the bones of generations of monks, buried here in soil brought from Jerusalem then dug up to make room for newcomers, are arranged artfully in patterns on walls and ceilings.

The Tiber and Trastevere

Rome is also defined by the river that flows across the city, with one of the most fun areas to visit being Trastevere, on the west bank of the river it is named after. Whether you choose to get lost in its cobbled streets for a calm day stroll or sample traditional cuisine and craft beers with the locals, Trastevere, which also boasts internationally renown attractions such as Palazzo Corsini, a baroque palace with a collection of antique art by Titian and Caravaggio and the 12th-century Basilica di Santa Maria with its glittering mosaics. Another must to, the Lungo Tevere, a stunning walk along the river where you can enjoy the view of the Eternal City. 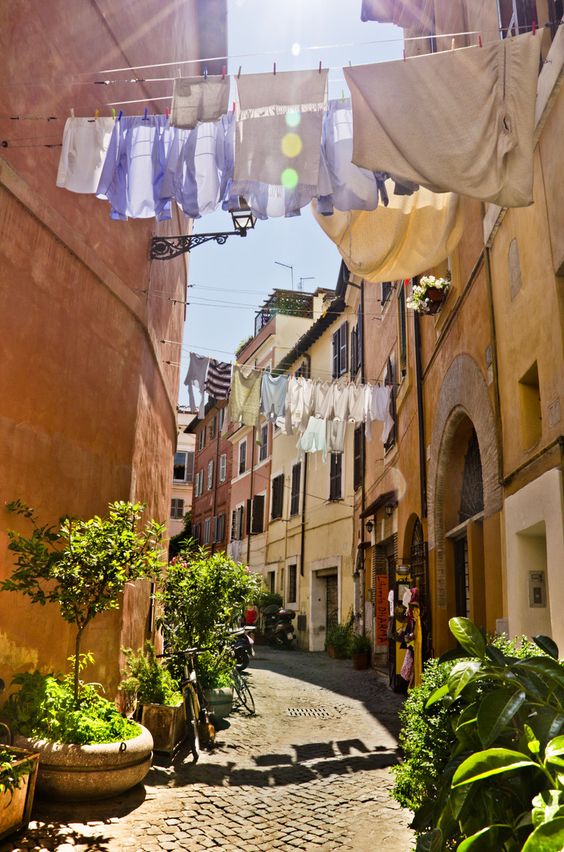