Top 10 places to visit in Italy for Valentine’s 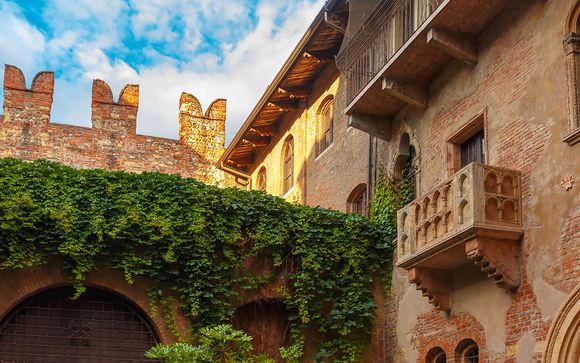 December & January: the engagement months and quickly here comes February! The Lovers Month for excellence.  On this most romantic of days, we thought it was important to share our expertise on which are the top 10 most romantic spots in Italy for your Valentine’s getaway.

Briefly, who know that after all, Valentine came from Italy and was actually a Roman priest at the time of the Emperor Claudius II. Claudius had forbidden the marriage of young people, as he believed that unmarried soldiers fought better than married ones. However, according to the legend, Valentine forbade this edict, secretly marrying young couples who had fallen head over heels in love. Valentine’s actions didn’t escape the attention of the Emperor for long though and, unfortunately, he was beheaded for his actions. The story has it that the last words Valentine wrote were in a letter, signing it ‘From your Valentine’ inspiring today’s romantic missives.

So with the hope of inspiring you… our top 10 places:

Perhaps surprisingly, Terni is the first on our list of most romantic places in Italy. However, with the town’s links to St Valentine, how could we not include it?!! Terni is a small hilltop town in Umbria. In 1644, the residents of the city of Terni proclaimed Valentine their Patron Saint, also declaring him to be the Patron Saint of lovers at the same time. Surely heading to what could arguably be called the birthplace of St Valentine’s Day has to kindle some romance?! It is possible to visit the Church devoted to Valentine and maybe be part of the 100 couples that are declaring their eternal love.  Where to stay: the surroundings area is lovely, plunged among the green hills of Umbria in Montefalco we would love to recommend you Hotel Bontadosi. 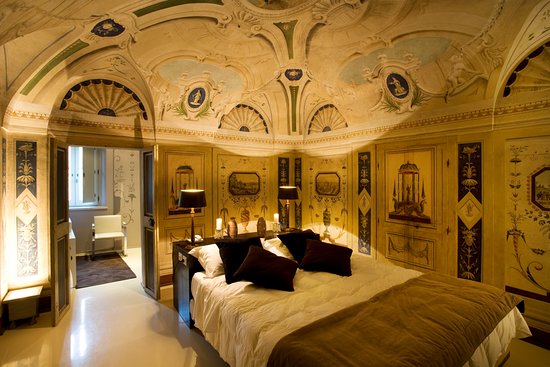 Speaking about love and lovers… well here we are in Verona.  Well-known as it is to the famous balcony of Romeo and Juliet at the House of Giulietta, Verona is a much more obvious choice to feature in a list of Italy’s most romantic cities. It is charming cobbled streets are teeming with couples and each year thousands flock to Juliet’s balcony to attach padlocks to the gates, leave letters in the cracks in its walls or have their photo taken.  We planned several weddings in the city and no place is more romantic than The Gentleman of Verona

At least once in your life. As much as we have tried to exclude it from the list as it seems a bit too predictable, there is no way that a list of the most romantic places in Italy would be complete without including Venice on it. Whilst the tourists that flock to the city can make it feel a bit too busy to offer the chance for some quiet time as a couple during the day, once the crowds have gone home, there is nothing more romantic than being serenaded by your gondolier as he leads you through the narrow canals of the city. Totally in love with Ca Sagredo, the essence of the city. 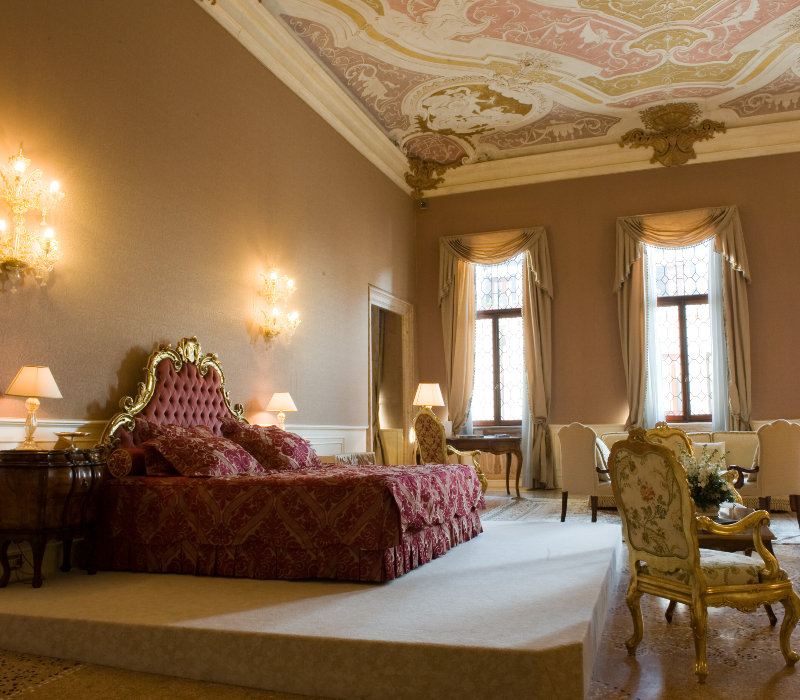 Located in the south of Tuscany, a Unesco World Heritage site since 1996, Pienza too often gets missed off the tourist trail but it definitely deserves it’s place on this list. After all, the town even has streets named ‘Via dell Amore’ (Street of Love) and ‘Via dell Bacio’ (Street of the kiss). It is also home to the Palazzo Piccolomini, which was used as a set location by Franco Zeffirelli to film some of the scenes from arguably his most famous and romantic movie, Romeo and Juliet.Just outside Pienza, secluded and with an incredible view on the real Tuscan rolling hills Olmo Pienza 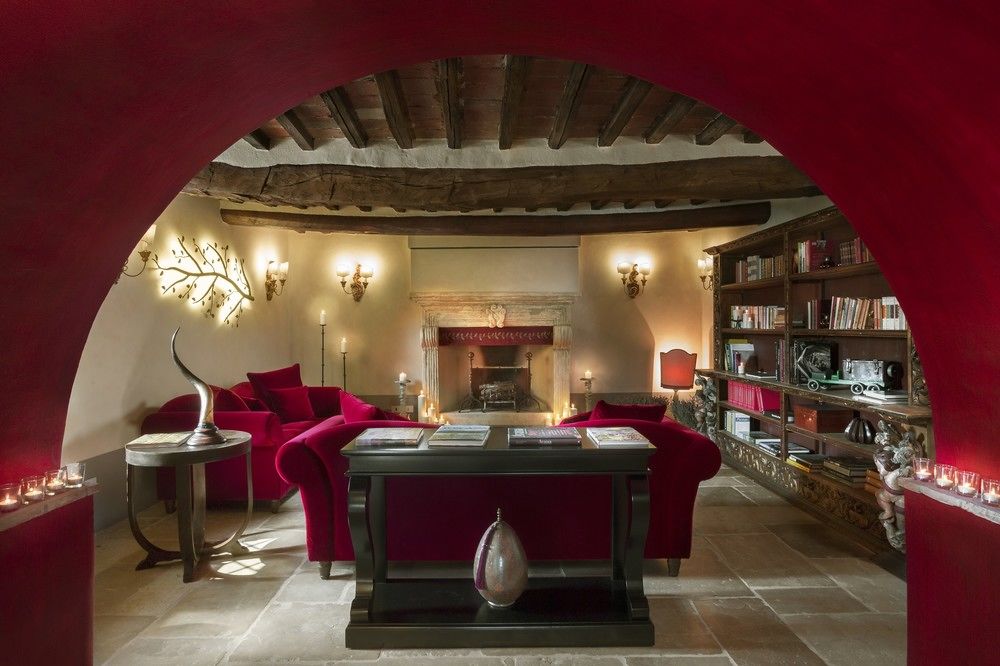 Ahh all our followers know how expert we are about this city.  Nothing is more romantic than a walk along the river surrounded by all the arts and the beauties of the entire world.  After Venice, Florence is the traditional stop for all the addicted of Italian traditions.  Among all the romantic venues we experienced for our events, we really would love to recommend a short break Amore Hotel 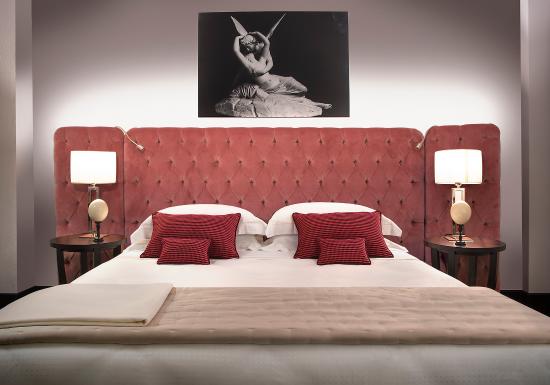 Rome is a city where romance is truly in abundance. As in Florence, grab a prime viewing spot to watch the sun setting over the city. We recommend heading to the Via dei Coronari to breath the real essence of the opulence and history of the city.Feel free to book your stay at Casa Fabrini Campo Marzio for your real Roma holiday 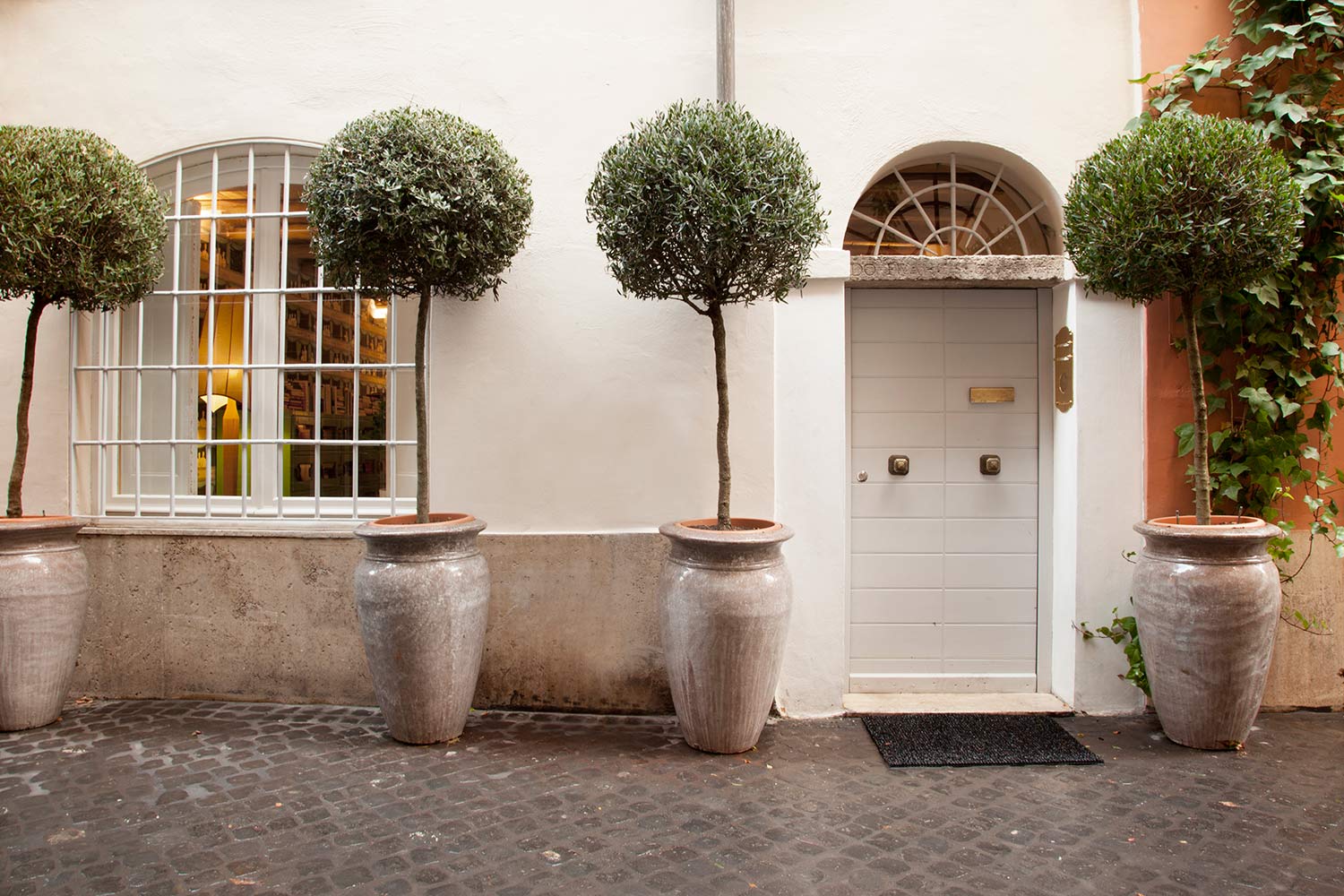 Ravello is a small Medieval town perching high up on the Amalfi Coast and enjoying stunning views of the Mediterranean. Richard Wagner described the town as the closest place from heaven to earth, this is the reason why most of the gardens of the small village brings his name.  Walkable in all its streets, Ravello worth to be visited together with the brother villages Positano, Amalfi and Sorrento. Plenty of places to recommend, but if you are a young couple on a budget B&B Rosa & Valentino is perfect for you. 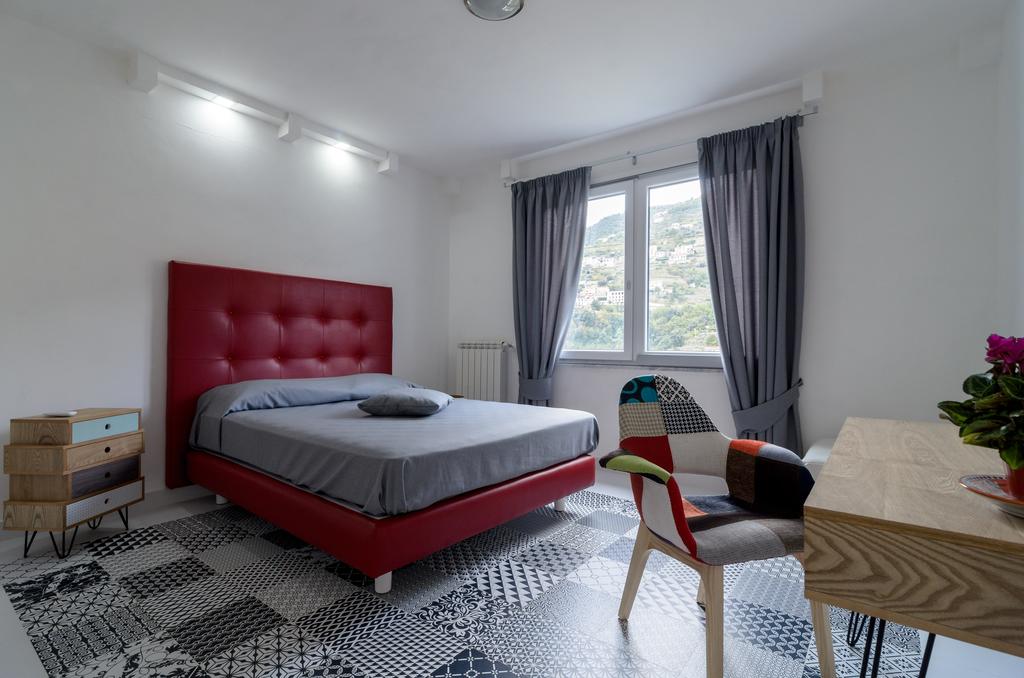 Every girl knows that feeling of walking among the narrow streets of Capri imaging to be Jacky O. each corner of the small isle is disseminated by her understated elegance and charm. There are no words in describing how romantic is reaching the small isle from Sorrento by ferry.  From the little dock, to the funicular, to the famous Piazzetta, milestones of the Italian Dolcevita. Want to make her the proposal? Capri Tiberio Palace : you will never regret. 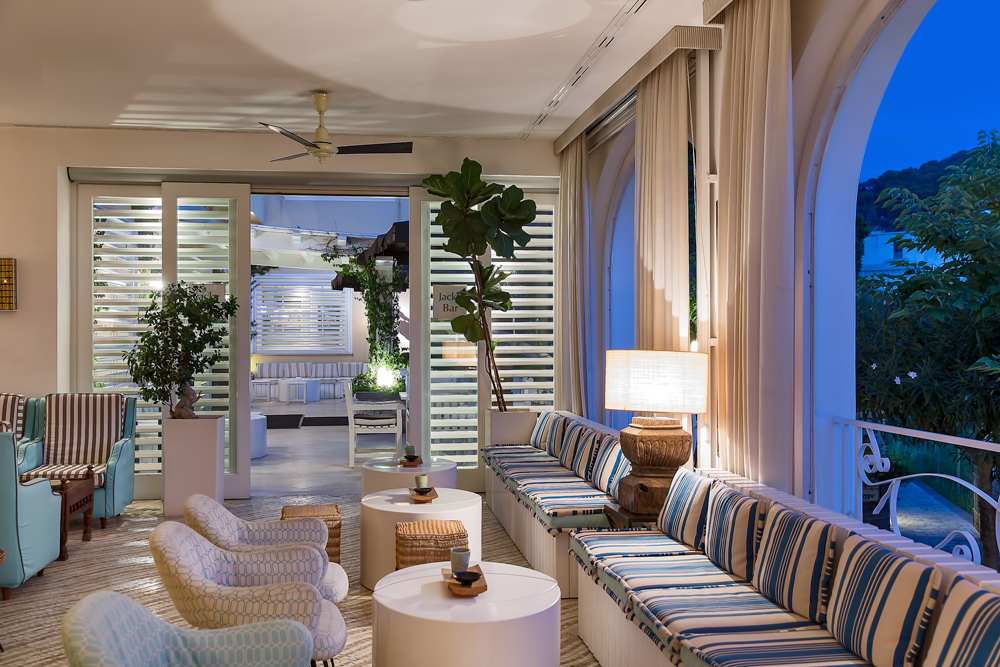 Lonely Planet guide says “Matera, Basilicata’s jewel, may be the third-longest continuously inhabited human settlement in the world” . if you are a couple in love with history and want to face with unconventional experience of walking among the “sassi” roads of the city which for 2019 has been appointed Capital of the Culture,, well pack comfy shoes and start your trip.  A place to stay in Matera Sexantio B&B 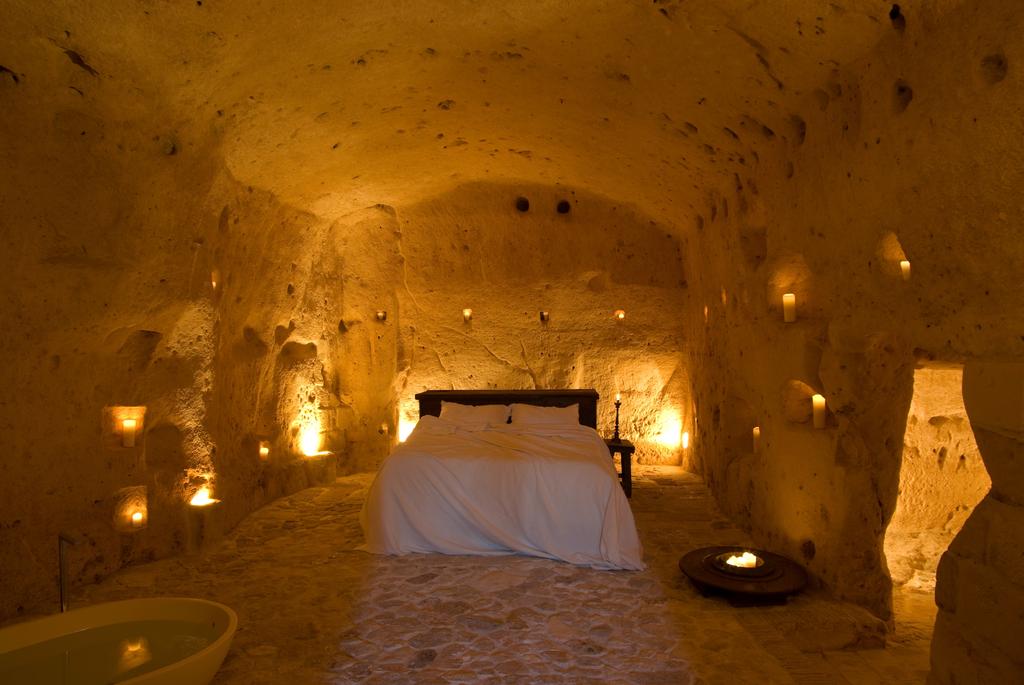 Just back from an incredible wedding to the mountain and yes!| Let’s recommend this peaceful small city for a romantic getaway for all those couples loving slopes and winter sports.  Among all the romantic places we experienced, we can recommend you Hotel Svizzero you can breathe the real mountain ambiance. 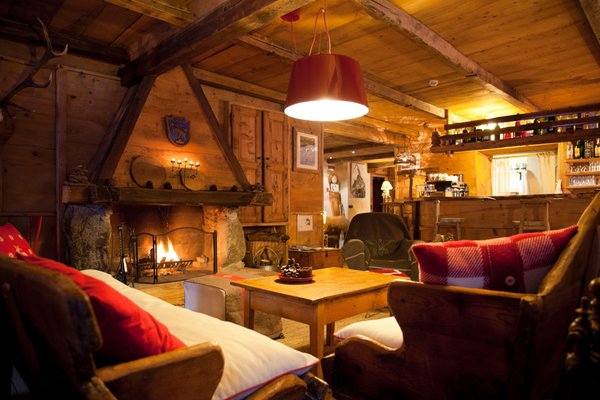