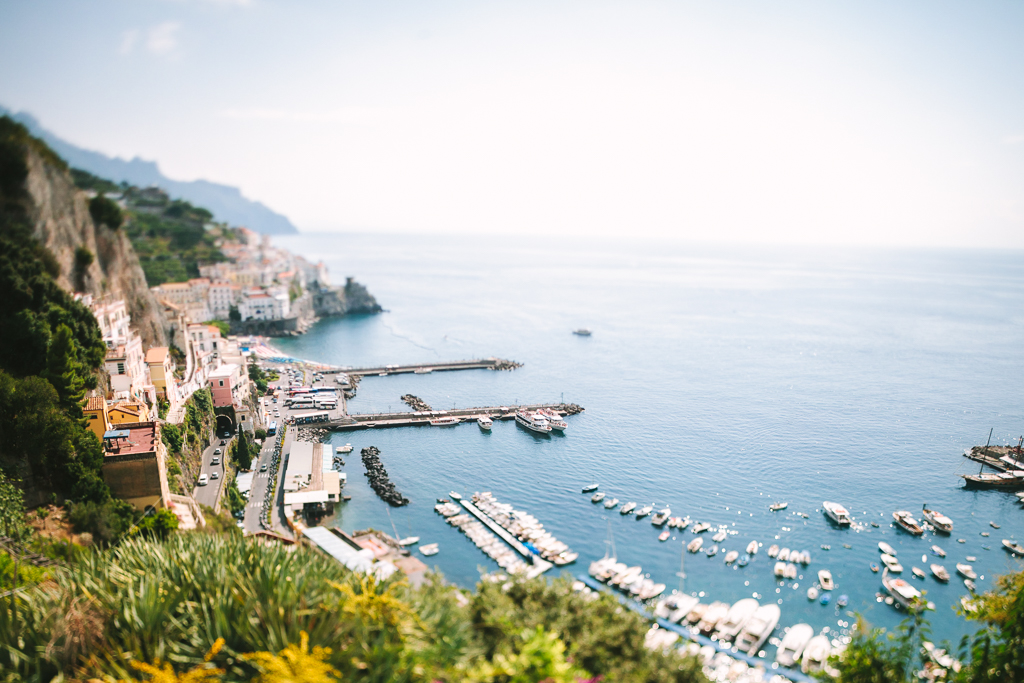 Top Leader in this business, Italy has become the most sought-after destination for Weddings. It is not by chance that through the years many important celebrities have decided to tie the knot in the country known for its Dolce Vita. Starting from the most famous Italy lover George Clooney, who even owns a house on Lake Como, to the A-lister Kim Kardashian, here are some examples of celebrities’ weddings in the Bel Paese.

In 2014, the model tie the knot with his beloved singer in Villa Pizzo, on the banks of the famous and stunning Lake Como, in front of 125 loved ones among whom celebrities and A-listers from all over the world. 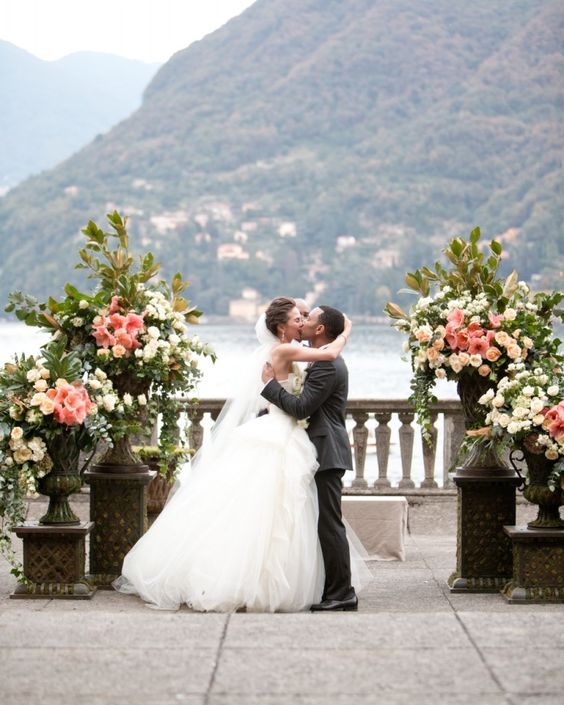 The famous couple got married in 1992. They first exchanged vows in Florence, in the American Church of St. James and decided to hold the reception in Villa La Massa, a Medici property dating back to 16th century. Guests included celebrities such as Bono and Yoko Ono. 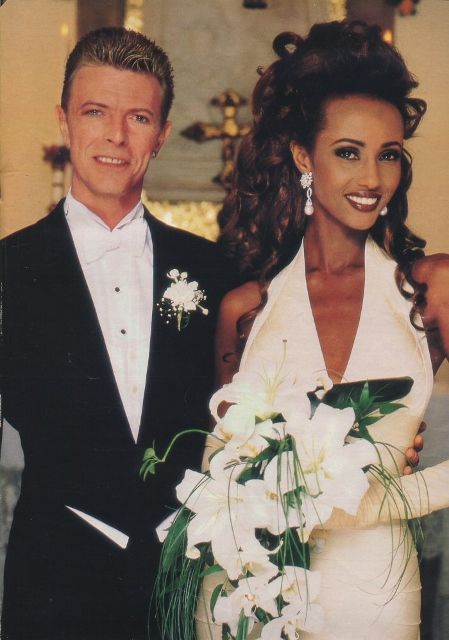 The British A-lister married one of the top Personal Trainers in London in the breathtaking Villa Del Balbianello (a FAI property) on Lake Como. They tied the knot on the stunning Villa’s Loggia in front of their family and friends including British stars like Lily James and Matt Smith (The Bride’s brother). 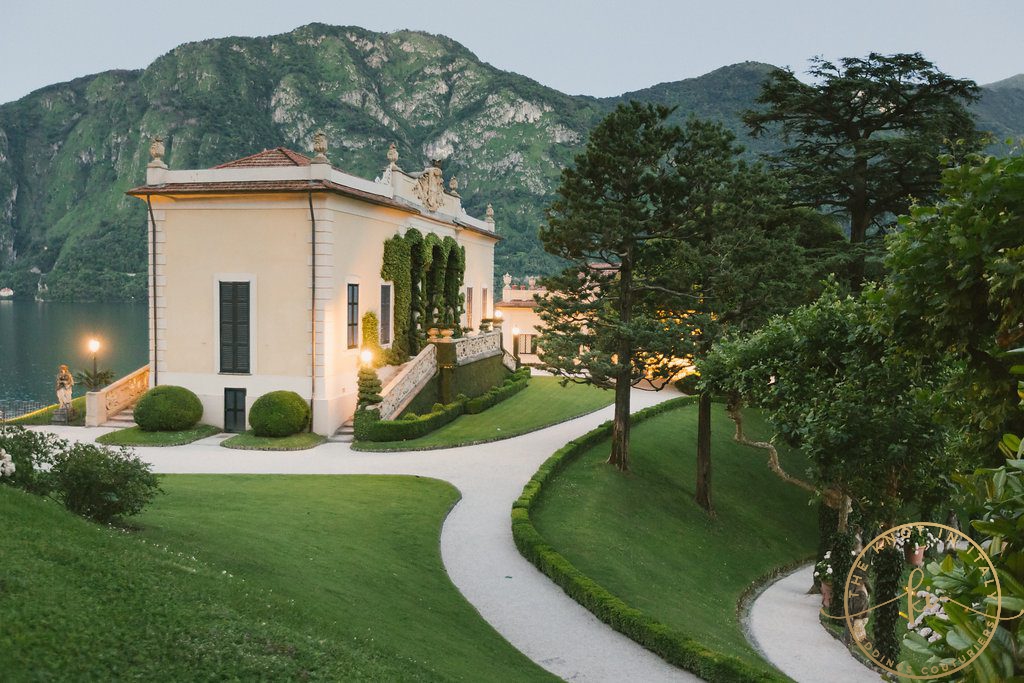 The famous couple opted for Borgo Egnazia in Puglia, near Brindisi to tie the knot. The celebration took place in the square of this ancient borgo where the two promised each other eternal love in front of roughly 80 people among whom celebrities like Lady Gaga. The three-day party included a fireworks exhibition and a beach party. 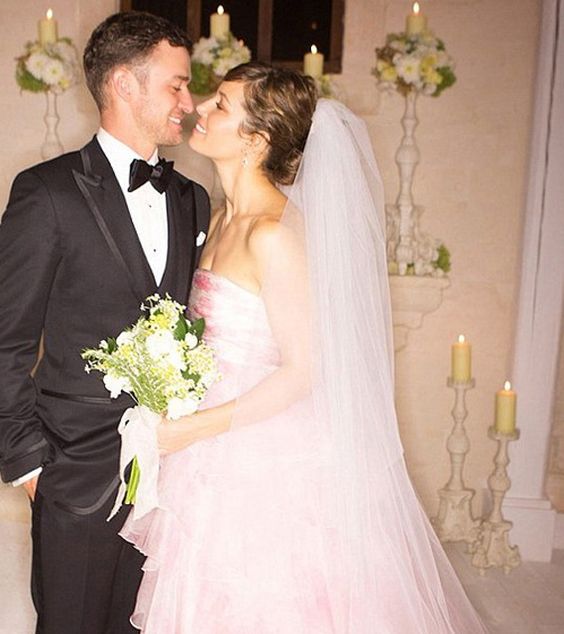 The reality star Kim Kardashian and Kanye West tied the knot in Florence at Forte di Belvedere, one of the most beautiful sites of the city that offers a unique view of the Florentine landscape. The wedding hosted around 250 guests, family and celebrities such as Andrea Bocelli who accompanied the ceremony whit the strains of Ave Maria. 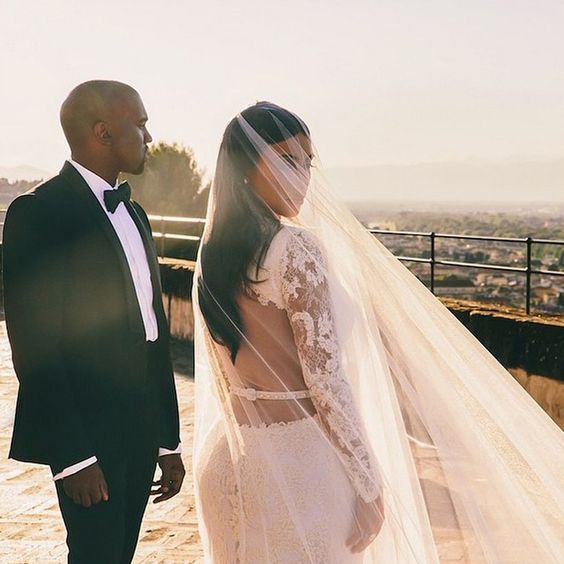 Italy lover and owner of a House on Lake Como, George Clooney got married to British lawyer Amal Amuddin in Venice with a civil ceremony in the Town Hall. The Newly Weds and their guests were then carried by taxi boats through the Canal to celebrate at the seven-star Aman Canal Grande Hotel.

Italian Fashion Influencer Erica Pelosini and Dutch Shoes Designer Louis Leeman exchanged vows on a whimsical-boho Capri wedding weekend. The trhree-day party was not only love but also a fashion celebration! The list of guests included even the A-lister Olivia Palermo. 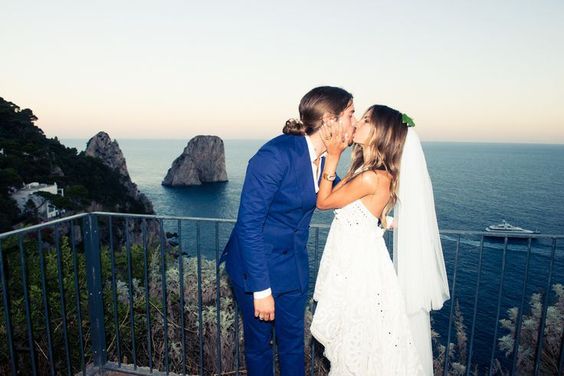 The 2015 Oscar Host decided to tie the knot to the Actor-chef in Umbria. They decided to rent the Procopio Castle on Monte Tezio, near Perugia. The intimate ceremony hosted 50 people flied to the location by helicopters. Guests included Elton John who delighted the guest with his magical voice.

The Italian government now legally recognizes same sex unions. The recent legislation had been approved and the lovely couple immediately decided to take advantage of it, opting for the beautiful Umbria countryside to celebrate their memorable wedding! 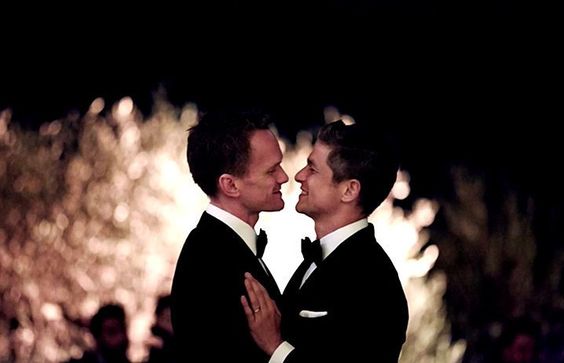 Italian sites are among the most famous beauties all over the world and perfectly fit either for glam and chic celebrities or intimate and family style celebrations. From North to South, there are plenty of places to choose from… should it be boho-chic, flamboyant or trendsetter, Italy has always been and will always be the most suitable destination for unique and memorable weddings. 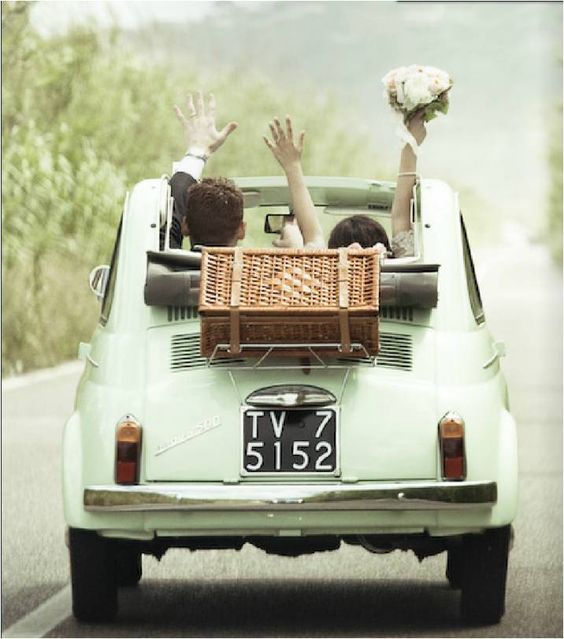 Still searching for the perfect venue for your wedding?

Take a look at our venues tea room, V-Atelier® and discover our secret, quirky, pearled & luxury wedding venues in Italy & beyond.